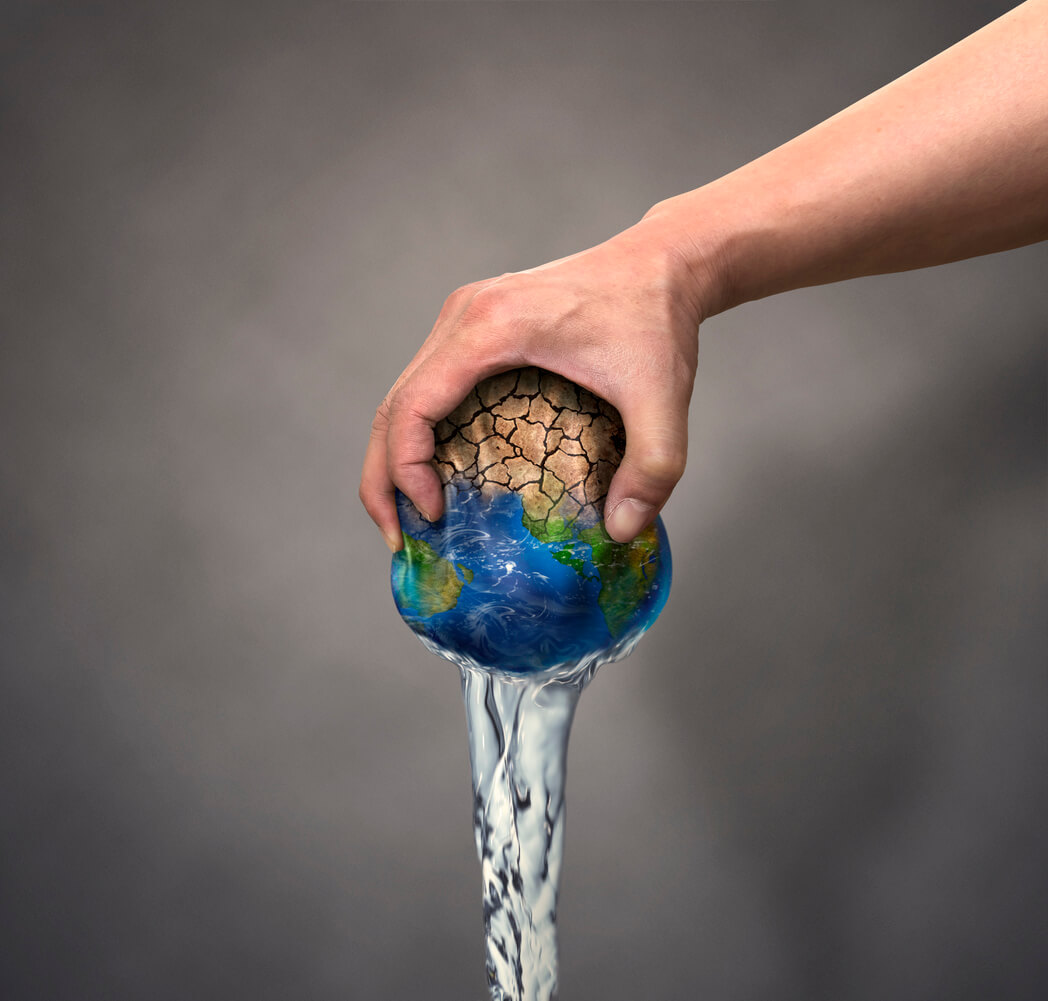 With the climate crisis, water conservation should be second nature to everyone. Scarcity is taking a huge toll, impacting all corners of the world. California’s increasingly dry climate and prevailing water shortage are evidence of the situation. To find the effects and solutions of water scarcity, you should first come to terms with the many encompassing causes that lead to water shortage.

Deforestation is a major cause of water scarcity, leading to desertification, decreasing humidity, and cloud formation. When there is less cloud formation, you can expect less rainfall, which means less water in the reservoirs, rivers, and lakes. In the long run, it also causes soil moisture and nutrition content to decrease.

Another major threat of deforestation includes droughts. The main impact of droughts is a decrease in the volume and quality of water. The intrusion of saline water into groundwater further exacerbates the quality of water due to water pollution. Apart from deforestation, another prime cause of water scarcity is overpopulation.

Overpopulation gives way to many problems and complications. One of the major impacts of overpopulation includes deforestation and water scarcity. It also paves the way for global warming and climate change, which disrupts weather patterns and water contamination. Climate change has the potential to worsen freshwater scarcity around the world.

When greenhouse gas accumulates, warming the atmosphere, it causes the water cycle to change. With the rise of temperatures around the world comes the melting of ice glaciers, which returns water that has been sitting stagnant for thousands of years, back into groundwater bodies and the water cycle. Warmer temperatures are also responsible for a higher rate of evaporation.

Once the newly introduced water is evaporated from the water bodies, the atmosphere begins to hold more water which also contributes to warming. The rate of evaporation begins to increase further, causing a phenomenon known as a positive feedback loop. As evaporation increases, so does water scarcity.

On the other hand, increased heat energy and atmospheric vapor combine and lead to catastrophic natural hazards, such as hurricanes.

Thus, even if it seems counterintuitive, storms and floods can increase water scarcity in the long run. When too much water accumulates at once, most of the water will likely return as vapor. Due to floods, clean water mixes with waste suspended particles and poisonous materials, which can also cause water scarcity.

Overuse is one of the major and controllable causes of water scarcity that is prevalent today in different parts of the world. Many people are unaware of using water and end up wasting it without considering the consequences. Even the most developed countries face water scarcity simply because of wastage issues. For instance, in California’s central valley, residents have witnessed sustained droughts that have put forward a struggle for a critical and finite resource, which is water.

This diminishing water reserve is not increasingly facing further contamination of agricultural byproducts such as nitrate and arsenic. These concentrate into a potent solution while the water level drops. Residents living in that area have to shower with and drink impure water, and rely on portable water donations from local non-profits.

In this area of the Central Valley, parents are very keen to teach their children about conserving water. They teach their children to be careful with water and practice strict conservation habits, ensuring that no water is wasted. Experts predict that climate change will further exacerbate the availability of clean drinking water.

Overusing water for farming is depleting fresh groundwater levels. Not only that, spraying chemical pesticides and using excessive chemical fertilizers pollute the groundwater with chemicals that have long-lasting and harmful effects.

Water pollution is, therefore, a major reason for water scarcity around the world. Most developing countries face water shortages because they do not know how to control water pollution. Lack of smart water management is also why countries end up dealing with disruptive water scarcity.

Many governing bodies worldwide have failed to plan and execute their systems properly. For instance, wastewater treatment plants and other water conversation measures that can save a nation from water scarcity are simply missing. Due to the lack of actionable steps and measures, many countries face severe water scarcity issues.

When you sum it all up, all major causes of water scarcity point towards climate change and global warming. Climate change-induced devastations, such as floods, droughts, and tsunamis, can also cause water scarcity, along with wastage and overuse of water. Pollution by industries makes clean water unusable for the majority, which is another reason for water scarcity.

Our current practices waste water at an exponential rate, which is why it is essential for us to look towards other practices. Water efficient solutions such as improved irrigation, forestation measures, cover cropping, and greener solutions such as renewable energy can help recover water scarcity issues. To protect the limited and scarce amount of fresh water, it is important to regulate water pollution and improve waste water treatment.

Employing water recycling techniques along with proper purification and filtration will also help people conserve a large amount of water. However, addressing the new water scarcity issue globally requires a global approach. The issues of climate change and water scarcity are connected, and mitigating climate change will require a concerted effort.

Many believe that simply adhering to better water usage habits will solve water scarcity issues. However, the global water scarcity issue is not because of domestic water usage. About 70% of water goes to agriculture, and about 22% of water usage goes to industries. That is not to say that individual water wasting habits are not an extending cause. Instead, you should still be conscious of your water habits.

Nonetheless, shorter showers will not solve the global water usage problem. It will be much more straightforward and easier if only virtuous acts of saving water solve the global water scarcity issue. Agricultural and industrial water usages are sectors that need serious attention, and governments need to come together and subsidize water conservation policies for giant corporations and industries.

Water conservation strategies must revolve around systemic socio-economic change that minimizes the increasing demand for fresh water. They must address the core issues of the problem and introduce policies that protect the overuse of water from within the industrial sector.

Desalination is a process that people have known for thousands of years. Greek sailors boil sea water for long trips, which led to solutions such as thermal desalination. Salt’s boiling point is much higher than freshwater; only freshwater evaporates when you boil salt water, leaving the salt behind.

Is the World Headed Towards Water Crises?

Water is one of the most treasured resources for the human race; however, over a billion people lack access to clean water. For this reason, the water demand is rapidly increasing every year. If the governments do not address this increasing demand for fresh drinking water, the consequences could be drastic.

Over 2 billion people could have to deal with severe water shortages by 2025. It is not that there isn’t enough water on earth, the ocean covers over two-thirds. However, if you look at all the water available on the planet, only around 3 percent is drinkable. Out of the three percent, the majority of it goes to agriculture, and the remaining is left for drinking. Therefore, re-thinking agricultural practices is the most impactful solution at hand. Another option to conserve water includes finding new sources of storing groundwater.

Water scarcity is an emerging reality for the world. As climate change disrupts and modifies the water cycle, exacerbating extreme weather, people are likely to suffer greatly in the future. Without transformative steps on a global scale and a systemic, conservative approach to agricultural use, individual water-saving measures cannot collectively protect the limited freshwater access at hand. Since climate change and water scarcity are two sides of the same coin, finding ways to counter either of the issues will help with the betterment of the other.