How Big is a Small Solar Farm?

Home / Blog / How Big is a Small Solar Farm? 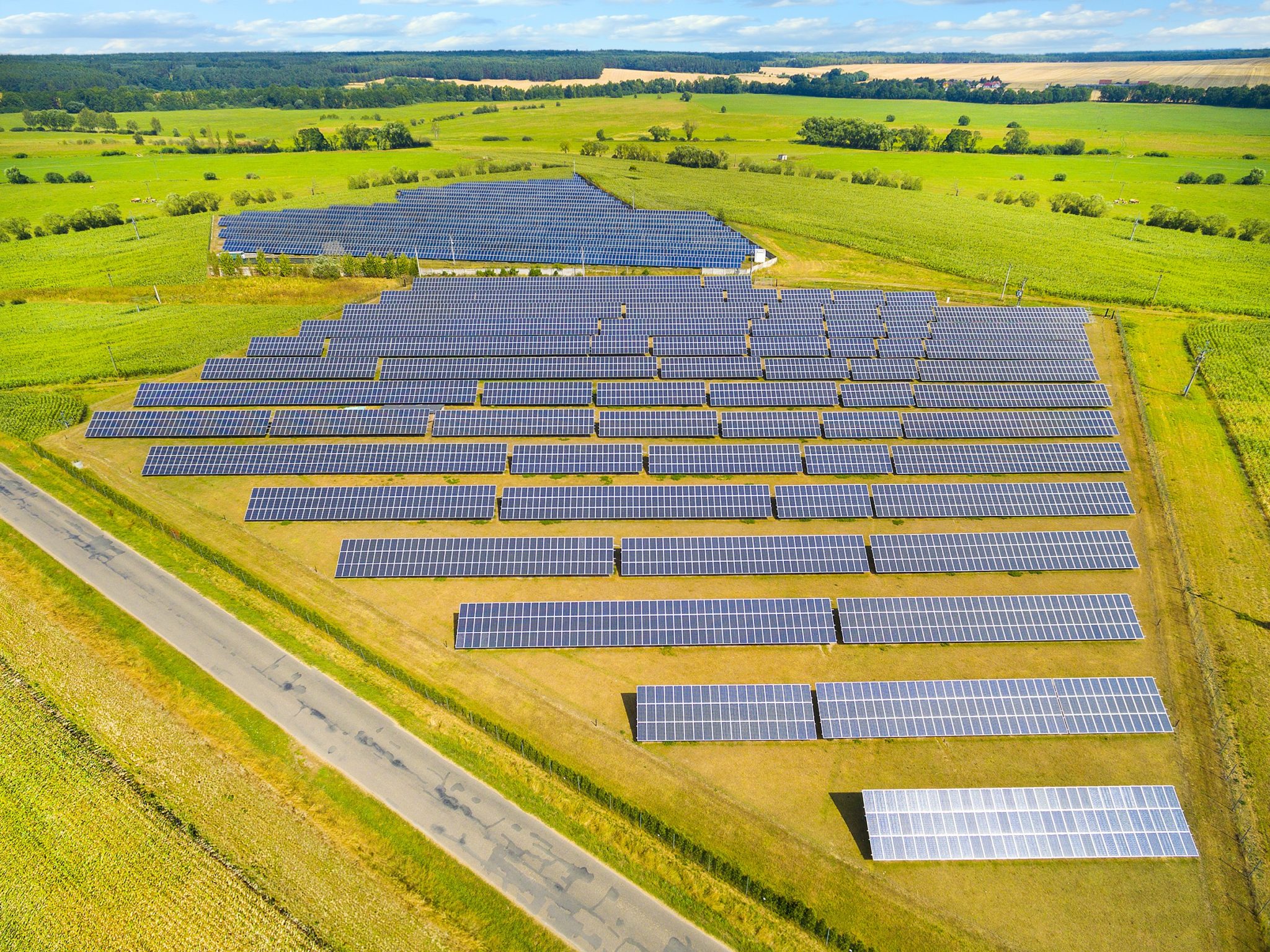 Solar farms are the bare need of economies to generate profit and reduce expenses so that the maximum GDP can be allocated to the nation’s goodwill. These solar farms are a great modem of profit with just capital investment at the start.

Countries have started to rely on solar energy to save their economies from sources that depend entirely on non-renewable sources to reduce carbon emissions and save the planet. Solar farms look like rows of glass plates in a vast area generating electricity. These areas can start from 10 to 100 acres. The solar panels racking can be set on rooftops, flat-surfaced lands, and placed upon rivers and seawater to take maximum light. These farms can be made on agricultural land or cattle farms.

Generally, trees and buildings are not preferred around these areas as the panels need maximum light. You wouldn’t see any defined boundary for the plate to work effectively. These farms are connected through the grid and power stations to distribute electricity. These solar panel farms have generators to convert power into electricity and batteries to save electricity that can be utilized at night and in any emergency.

How Much Land Is Needed For Solar Farms? There is no limit on land for a solar farm. One can start from as minimum as 10 acres and expand according to their needs. These solar farms have no limitations as they don’t give out any contaminated material or radiations that might harm the environment or living things.

Solar Farms spread across  100-plus acres generate an ample amount of energy, whereas a farm comprising 30 to 40 acres of land generates around 5MW of energy through solar panels.

The process of making a solar farm takes around 7 to 12 months. The process might take longer according to the capital and budget of the investor. Coldwell solar will handle all the legal permits, whether it’s municipal or local permitting, and take care of the approval process.

What Are Different Types Of Solar Farms? There are two types of solar farms: one is commercial, and the other is a utility farm which is connected to the grid station to provide electricity. A commercial solar farm is set up on a couple of acres to satisfy the individual needs of a business.

At the same time, utility farms are based on more enormous grounds that may vary from 10 to 100 acres to generate more electricity for the power station. Communities can reduce electricity billing costs by moving to a utility-scale. Utility farms can produce a minimum of 5MW of power to satisfy hundreds of homes’ needs.

How Can You Lease Land For Solar Panels?

Solar farms are even made on leased lands, and it’s a wise decision to lease your land for solar power business if you want to earn profit without initial investment. Most landowners lease their land to commercial solar farms due to their financial gains.

Lands have been used for different purposes, such as agricultural production. Solar can be a good option for lands used for commercial and industrial purposes, with the limited reach of people.

Before finalizing the project, get the land approved by a professional, as there are many critical considerations before starting so that the project goes smoothly and ends on time. Here are some general principles you must consider before building a solar farm.

Not every area is fit for a solar farm. You must hire professionals to carefully inspect the land. The racking and solar panels demand to be surfaced on lands that can get the maximum sunlight.

The land shouldn’t be dwelling so that it might shadow the solar panels, and the farm should not be in a flood zone to avoid any damage to the farm. Lands with waterways, national parks, wilderness, state parks, hazardous sites, NFS land units, and grasslands should be avoided.

Other than these, the land is fit for solar panel farms. Further, our consultants can guide you more towards land. If the land owner still wants to consider the land with obstacles, much money on capital will be needed to fix the plot for the farm, which ultimately needs more time.

The fewer obstacles; the land has, the more worthy and beneficial it will be for the solar panel farm. Solar developers will pay even more if the land is beside the road so that the construction process and maintenance can be done without any hurdles and the team can carry machinery easily to the site.

On average, a 1-kilowatt solar panel farm needs 100 square feet of land to construct a farm. The fact that the local authorities don’t allow full coverage, as if you have 10 acres of land, the authorities will allow you to use 60% of the land to be used around 4 acres, will be less due to zoning restrictions.

No matter the size or area, the project can only move forward once it gets the local permits of the concerned authorities. After the local authorities allow the permits, construction can start quickly. Landowners and solar farm developers need a straightforward way to start over the projects without any hustles to meet the given time.

Legal work is considered the most important to avoid legal issues with all construction work. The project cannot move forward if there are immediate issues, such as no permits or land limits.

Such issues have been noticed in the areas with comparatively fewer solar projects since they face the issues like needing to be more developed or prohibitive. Usually, these issues come to save the environment, or as per government policies, solar panel farms require land with no trees and extensive grounds.

Besides the land requirement, the parcel area and its surroundings play a vital role in the solar farm’s considerations. The farm parcel should be three miles from substations and 1,000 feet from three-phase power. The closer the farm is to the grid station, the easier and fewer expenses will be needed as the resources will be needed in a lesser quantity.

Such as, if the project is near the roadside, the project’s cost will be less as the cost can be reduced since machinery can be transferred with fewer resources. If the project cost increases due to inadequate infrastructure, the constructors will prefer the land less.

The Future of Solar Farms

These solar farm projects, whether community, utility, or rooftop solar panel farms, keep the environment safe, as they run on renewable sources rather than fossil fuels. This plays a significant role in protecting the depleting ozone layer. With the world trying to find alternate sources for fossil fuels to save the planet, these solar panel farms have solved the problem.

The farms will help countries’ economies by enhancing the electricity production level and reducing the pollution in the atmosphere. So the future of solar panels is pretty clear that this alternative is going to be lucrative in the future. 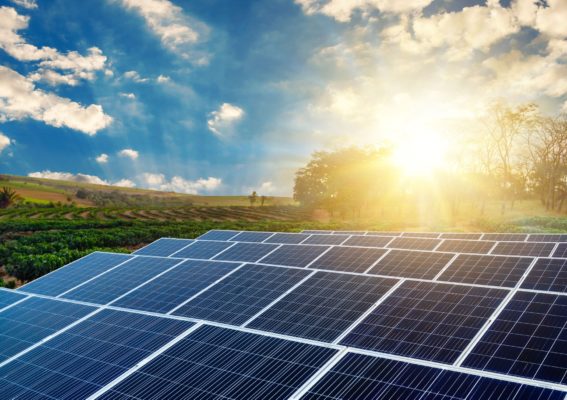 There are enormous benefits of solar power farms that can’t be neglected. By moving to solar power energy, countries can reduce the budget spent on electricity and enhance the GDP ratio, allowing industries to grow to their full extent.

Countries can flourish by expanding their exports. Other than financial gains, the benefits to the community cannot be ignored. Solar farms play their role for the betterment of society as they reduce the pollution of carbon emission, which is the bare need of the Earth.

The solar farm business has proven to be the most profitable for the economy and the environment. You can lease your land for the farm or make a farm on the rooftops of your buildings. This project will help in less billing costs. Even you can generate electricity on your own and distribute the access to the community or save it for later. There is no loss in the business as it has many options to meet your desired needs.

If you want your land checked or a consultation, contact Coldwell Solar and get an idea of how to start your business.

Is Five Acres Enough for a Solar Farm?