By Coldwell SolarSeptember 20, 2022News
No Comments The Popularity of Solar Energy

Currently, there are roughly 121 gigawatts of solar power installed on commercial and private rooftops throughout the US. Those arrays are capable of producing enough clean electricity to power 23.3 million US homes.

Many factors drive the growth of solar energy which include:

This blog discusses some of the recent advancements in solar technology that are causing an increase in the demand for solar as a primary energy source. Those include:

This handful of adaptions in tech is just the tip of the iceberg. Perovskite solar cells are created at room temperature. They are lightweight, flexible, and low-cost. That makes them easier to manufacture, less expensive (saves energy during production) and they have passed the 30-year mark for durability. Silicon PV cells require intense heat to bond the panes together that process has been one reason people question if solar is really green energy. The amount of energy needed to create silicon cells is immense. The trade-off with Perovskite solar cells is that they are created at low temperatures. That energy savings makes them a greener source for PV Cells.

Because Perovskite solar cells can be made into flexible sheets, they remove the limitations of traditional rigid solar panels. Their application is no longer limited to flat surfaces.

Made of Perovskite and organic materials, these enhanced solar cells are constructed in layers via printing or through the application of organic inks. The result is crystal clear PV cells that are similar to silicon PV cells. The big difference between Perovskite PV solar cells and other PV Cells is that due to their clarity, they can harness energy from many wavelengths of sunlight. Additionally, they are lighter in weight which means that you can apply more of them to a building’s surface, not just the roof.

Perovskite is a calcium titanate with a crystalline structure that shares corner joints within their crystal lattice. More importantly, these can be organic or inorganic, which opens up the possibility of discovering or creating new sources of Perovskites that are sturdier.

Perovskites can use feasibly with the addition of a ferrocene layer – An iron-centered layer surrounded by centrifugal rings or carbon – that produce electrochemical activities. The use of the ferrocene layer can increase Perovskite efficiency by 25 percent. That is important in helping to define why Perovskites are important as part of the current rise of solar energy solutions in the US. 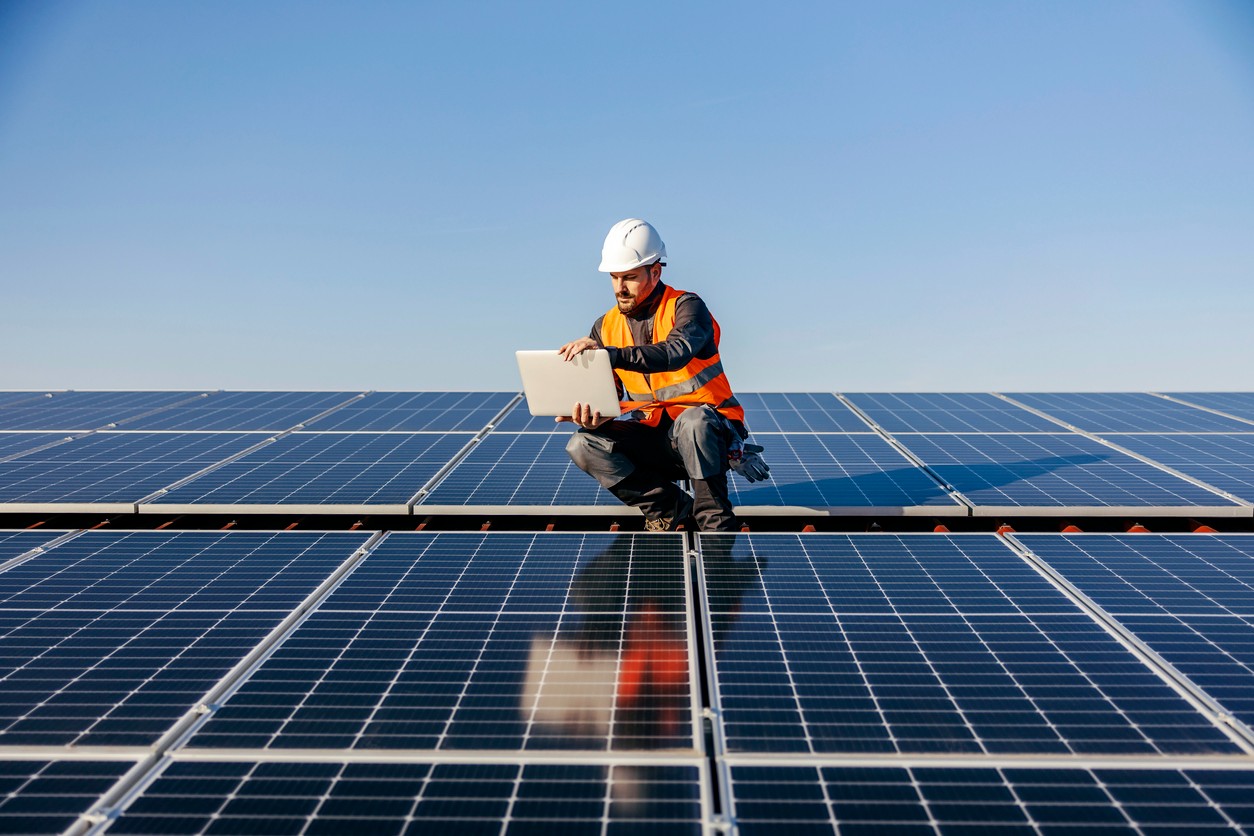 Technology is not just looking at ways to create new types of solar cells, but also at how to increase the efficiency of current technology. An example would be a six-junction solar cell – currently a prototype – but with the ability to increase solar cell efficiency by as much as 47 percent, they become one of the most efficient solar panels. In Germany, landfills or recycling centers end up with about ten tons of silicon from old and broken solar panels. As the current rooftop solar installations age, Germans expect that the amount of silicon headed to landfills or recycling centers will increase. Germany has done a good job of recapturing other components from discarded solar panels, such as copper and aluminum. Fortunately, German engineers have found a way to reuse the discarded silicon from solar panels.

The process creates new PERC solar cells from old silicon. That’s good news because the first wave of solar panel disposal should hit Germany around 2029. The newly recycled solar cells have a conversion of 19.7 percent.

Silicon is one of the Earth’s most abundant elements. It makes up roughly 25 percent of the Earth’s crust. It is by no means a limited resource, but obtaining it requires mining. By developing processes by which used solar panels can become new solar panels, we remove another environmental impact from the industry. The process makes solar that much greener as an energy source and further helps to reduce the carbon footprint of creating solar panels.

Further, by recycling the entire solar panel, the process prevents a huge amount of waste from entering the landfill system. The process of silicon recycling is not perfect yet. The recycled PERC solar cells are still slightly below the efficiency rating of new PERC solar cells, but engineers are closing the gap. Solar fabric is a thin, flexible fabric with the potential use of putting solar collection into the clothing you wear. It means that portable devices would charge via a relationship with your clothing. Because the process created thin and flexible it can be applied to many surfaces.

Solar fabric is less efficient (currently) than traditional PV solar cells, but they are also easier to make and much cheaper to manufacture. Their thinness and flexible nature mean they can be applied to everyday objects so that solar energy collection would no longer be limited to rooftops or ground-mounted solar arrays. While the word fabric implies clothing, and that is a possibility, imagine being able to collect solar energy through awnings or ship sales, on cars, curtains, and many of the other flexible materials that we deploy every single day.

One potential use is along high noise areas – the cement walls along freeways, the top of stadiums, fencing around schools, etc. The potential for solar fabrics is immense. Not only is solar fabric exciting for the outdoors, but the power of solar fabric can harness electricity from indoor lighting. Nothing is wasted. That backpack hanging by the door is collecting energy from the light in the living room. Your curtains, which face the sun for most of the day is collecting energy on one side while creating shade and improving ambient room temperature on the other.

In the US, there are over 3,000 miles of traffic noise reduction barriers. In the past, noise barriers were designed to stop the influx of traffic noise in residential areas that abut roads. That focus is changing as the Department of Energy realizes that all of those miles of noise barriers can serve a second purpose – to collect solar energy. The space and length of barriers would equal about 400 gigawatts of power throughout the year. That is enough energy to light up 37,000 homes in the US.

Technology, however, is not stopping at efficiency. It is revolutionizing the industry by making the solar collection available indoors, and throughout our lifestyle – clothing, solar fabric, floating solar farms and sustainable through silicon recycling. Each is an opportunity to collect solar energy from our everyday lives. Some offer amazing results, such as roadside noise barriers that double as solar farms and could produce as much electricity to power 37,000 US homes.

This short list of ways in which technology is changing the way we think about solar energy production is just that – a shortlist. There are so many new technologies out there and some are just beginning to unlock the next way of improvements to the solar energy industry. Learn more about what solar could do for your company by reaching out to eh Coldwell Team.