The need to switch to renewable energy has become increasingly apparent in recent years. The ultimate objective is to eliminate reliance on fossil fuels and develop a cheap, abundant, and sustainable energy source.

According to a McKinsey study, the capacity of renewable energy sources worldwide will increase by 80% from 2026, with wind and solar power contributing to 2/3 of this development.

In 2006, solar technology accounted for just 0.03% of the world’s electrical production, while 3.6% is the current percentage. The number of news and reports like these is another vital sign of an evident global shift toward solar energy technology.

Most countries, such as India, rely heavily on coal yet installed a record number of solar panels in 2022. Solar technology is the most affordable form of energy in the world. In Saudi Arabia, ten new renewable energy projects have been announced. The projects are expected to increase the availability of wind and solar energy and produce around 7 GW, equivalent to 700 million LED lights.

The energy we get from the sun never runs out. Fortunately, scientists have already developed a method for collecting solar energy and turning it into useful, clean energy. The sun’s energy is the ideal replacement for fossil fuels due to its availability, renewability, and several advantages. As a result, it is crucial to develop the global energy sector. We will discuss top solar tech trends for 2023 below.

This is the new solar technology where solar panels have sun tracking technology that follows the sun to capture maximum sunlight for generating electrical energy. When it was published on BBC Future, it attracted many viewers and became the top hot topic on the list.

Solar technology’s primary issue is the sun’s unpredictability. Scientists have worked together to overcome this issue and introduced solar panels that follow the sun. This project is particularly intriguing since the solar farm is built to follow the sun to capture as many sun rays as possible and produce the most electricity.

Solar trackers are often used with ground-mounted solar panels. However, rooftop-mounted trackers have recently entered the market. Usually, solar panel racking will be connected to solar tracking equipment. From that point, the solar panels can follow the sun’s path.

Solar windows provide enough energy to meet the family’s demands. And the combined power of all the windows in your town can supply all the electricity required for production, business, and daily consumption.

Solar windows are constructed from solar glass that converts invisible wavelengths of light, such as ultraviolet and infrared, into sustainable electricity.

Although such technology was developed by Michigan State University researchers eight years ago, we may begin to explore its full potential in 2023. This technology is possible for electric vehicles in the future as it will be a game changer in the industry. Floating solar panels are placed on a structure that floats on water, also called floatovoltaics. It is essential to carefully consider the location of solar farms as they can be relocated to the water when land loses importance as an agricultural resource.

The natural cooling impact of the water can prevent panels from growing too hot, preventing the production of excess energy and conserving a tremendous amount of land that can be used in other ways.

Contrary to popular belief, substantial solar farms are unnecessary to harness the sun’s power. To harness solar energy and convert it to electricity, homeowners and business owners can install commercial rooftop solar panels directly at the top of their homes. Solar panels on rooftops transform solar energy into direct current power as it strikes the panels.

Rooftop solar is a photovoltaic (PV) system that uses solar panels on a building’s roof to generate electricity. The other parts of this system include photovoltaic modules, wires, solar inverters, mounting systems, and other electrical accessories.

Rooftop solar panels are small in contrast with megawatt-scale photovoltaic power panels on the ground. Residential buildings often feature rooftop PV systems with a capacity of 5 to 20 kilowatts (kW). Concentrated solar power (CSP) was created to produce electricity by transforming concentrated sunlight into solar thermal energy. In this process, mirrors reflect solar energy toward a thermal receiver. The heat-transfer fluid is heated by absorbing the solar energy that has been gathered.

The heat trapped in the fluid is then stored and used to drive a turbine, producing electricity. As this is thermal energy storage, this energy can also be utilized at night, unlike solar energy.

Numerous industrial processes, including food processing and water desalination, can also benefit from thermal energy utilization. Additionally, CSP can be dispatched exactly like natural gas. However, it is still more expensive than natural gas despite being a clean and sustainable source.

This is because although natural gas is inexpensive, it also leaks methane, which is much more harmful than carbon dioxide and is concerning.

As a result, CSP should not be considered a temporary or low-potential energy source. This technology can complement photovoltaic installations and help leverage the solar and wind industries as it has more potential gains.

By exposing living spaces to the sun, the passive solar design uses the sun’s energy to heat and cool them. Building components can transmit, reflect, or absorb solar energy when it hits the structure.

Furthermore, the sun’s heat creates air flow predictable in spaces that have been built. These fundamental reactions to solar heat influence design decisions on materials, placements, and architectural elements that might give heating and cooling effects in a home.

The procedure of passive solar operation consists of five steps, and the heat goes through the following stages:

The absorber absorbs the energy after passing through the collector. The absorber is a thick layer of dark-colored paint on top of a heat-retentive surface called a thermal mass. If you’ve ever spent time in the summer sun, you know that darker surfaces absorb heat more effectively than brighter ones.

The thermal mass receives the total solar energy the absorber has captured. Thermal masses are surfaces like concrete, ceramic tile, brick, and stone that can absorb and retain heat. That’s why on a hot day, the sidewalk feels scorching to the touch.

The thermal mass stores a large portion of the energy absorbed when the sun shines strongest, usually between 9 am and 3 pm.

Thus, the thermal mass holds all of this heat. What happens to it? This heat can enter the house in three ways with passive solar heating.

There must be a means for the heat to stay within the house even after it has entered. The entire heating process, including underheating and overheating, is controlled. The control consists of several interconnected systems, including sensors that may identify heating-related issues, vents, and roof overhangs. 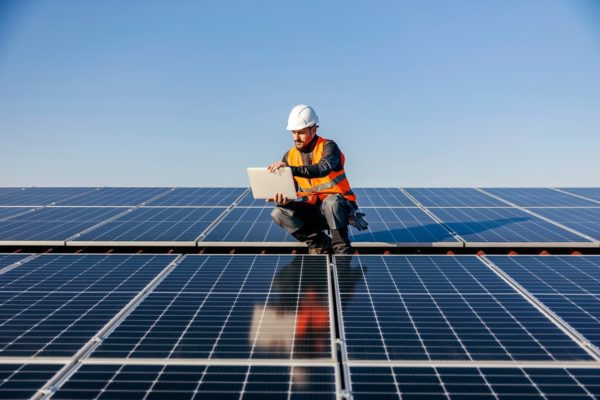 These cutting-edge solar technologies show the rising interest in and preference for photovoltaic as a renewable energy source. The future of solar energy is promising. Geopolitical unrest and trade uncertainty have temporarily slowed solar capacity growth, but it will increase over the coming years. By 2023, the world will generate more solar electricity than a terawatt.

If you want to switch to commercial solar energy, contact Coldwell Solar to provide clean and green energy to save the environment.

How Does Reducing Emissions Help the Environment