Why Landowners Should Lease Their Land for Solar Farms

Home / Blog / Why Landowners Should Lease Their Land for Solar Farms Many of the thousands of landowners in the nation are unaware of the unrealized potential of their property. Experts predict that solar panels installed on just 1% of currently underutilized ground could supply 20% of the country with electricity- on agricultural land alone.

The solar energy sector already employs more than 0.5 million acres of installed capacity, but by 2050, an all-electric power production scenario will require an additional 17 million acres of land. In such a situation, sustainability and energy independence will be a reality from coast to coast.

Leasing land for solar power can provide landowners with a steady income. They can, therefore, prosper for decades as they struggle with inflation, supply chain issues, and commodity fluctuations. As such, solar development initiatives are revitalizing underused agricultural, rangeland, transitional, and post-industrial land across the country.

Landowners engaged in farming, ranching, logging, mining, and oil and gas production have all learned how much more their property can provide for them and their communities. Owners of land profit economically and environmentally from leasing it to solar energy producers while continuing to run their businesses next to the solar project.

Continue reading this to learn why it is a good idea for landowners to lease their unused lands and build solar farms.

What Is A Solar Farm? A solar farm is a land with solar photovoltaic (PV) system installations. Here, solar panels are installed on a large scale to harness sunlight for producing renewable energy in the form of usable electricity. The system uses solar panels to collect the sun’s energy to generate electricity.

Additionally, the solar system distributes the electricity the panels produce among power grids. The power grids are responsible for making electricity available to customers. Solar power stations, parks, and plants are a few other names for solar farms. There are three main types of solar farms. Let us briefly look at how each one of them operates.

Previously, microgrids relied on diesel generators to operate. However, more microgrids are using green technology to power their operation. In fact, newer microgrid designs come with a combination of battery storage. It is excellent, as the battery allows the solar system to continue operating in situations where weather may lead to power outages. As such, microgrids offer resilience, quickly restoring a building’s power in case of an outage.

These solar farms supply solar energy to large facilities, organizations, and utility buyers across the city. They use a Power Purchase Agreement (PPA) to do so. This agreement is a long-term settlement between the power supplier and the purchasing firm. PPA outlines the terms of the contract, including the amount of electricity that will be supplied, the price, and sanctions for non-compliance.

A type of renewable technology known as “distributed generation” produces power close to or at the point of usage. Distributed generation contributes to the flexibility and resilience of our energy infrastructure by producing electricity in more places and closer to the end consumer.

That said, the sizes of distributed generation farms range from small projects, such as rooftop solar farms, to ones large enough to power several buildings in a community. Larger solar farm projects are typically situated where they can link to the current grid and are closer to residences and commercial buildings. Since developers sometimes fund upgrades at the interconnection point, distributed power projects frequently help the electrical system.

Benefits of Leasing Your Land for Developing a Solar Farm 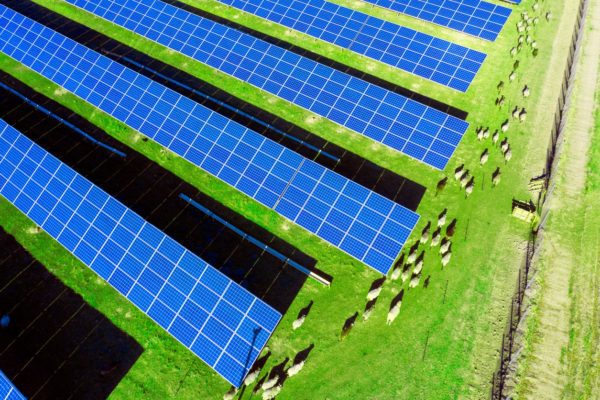 Besides all the necessary machinery, utility and community-scale solar projects need enough acreage to fit all the panels. Therefore, it makes sense why solar developers might request you, a landowner, to host their facility. You can rent your ground for passive income.

Here’s why you should lease your land to a solar company.

Concerns about energy security and independence are widespread throughout the nation, particularly given the rising fuel cost. Your community’s energy demands can be met by a sustainable energy source created when you lease your land to construct a solar project.

Projects that generate solar energy add significant value while having little long-term environmental impact. Solar development can assist in achieving ESG (Environmental, Social, and Governance) goals through sustainable operations for those who have them or who engage with investors or enterprises who do.

Partnering with a solar energy generator is an investment in the future of your property. The solar developers take great care to preserve the acreage since they genuinely care about your land.

When the plant is in operation, the multi-decade lease will bring in money while encouraging land regeneration. When the lease expires, the land is returned to its pre-construction state so that the following generation can use it.

3. A New Stream of Revenue

For most landowners that lease to solar project developers, income is the primary inducement. Landowners can significantly boost their annual revenue flow through the lease, which enables them to earn more money overall per acre than they would through farming, ranching, etc.

Unlike crop yields or commodities markets, lease revenue is steady and predictable. Landowners receive consistent payments for the project duration, which may last more than 40 years. This allows them to provide for numerous generations of their family.

The creation of large-scale solar projects begins with consideration for the neighborhood. To bring the facility to life, the developers collaborate closely with local stakeholders and are familiar with the surrounding surroundings and landowner expectations.

Every project has a great chance to advance the local economy and increase the availability of skilled labor. The project’s construction and operations staff is assembled locally, bringing employment opportunities, some of which can last for decades.

The increased municipal tax revenue from solar production also helps to meet community needs. The possibility that the area will attract further technological and industrial development is increased as a result of solar energy projects, ensuring the region’s continued prosperity.

Are There Any Disadvantages?

A balanced evaluation of the drawbacks and benefits is necessary for making an informed decision. These are some of the most prevalent reasons why farmers and ranchers decide against turning a portion of their land into a solar installation.

You make a long-term commitment when you sign a lease with a solar developer. Most leases are at least twenty years long, and several are even thirty.

The solar business frequently requests a 10 to 20-year lease extension. A significant amount of your operation may not be producing for a while. The soil might recover from agricultural activity when land is leased to a solar company and left fallow for the lease period.

2. May Present Issues Regarding Transitions of Family Property

Because of the lengthy commitment involved, some landowners are concerned about how a solar farm lease would affect their successors. You must update any current wills, estate plans, or legacy plans to reflect leasing land to a solar company. To get advice on these matters, speak with a financial planner or an attorney. 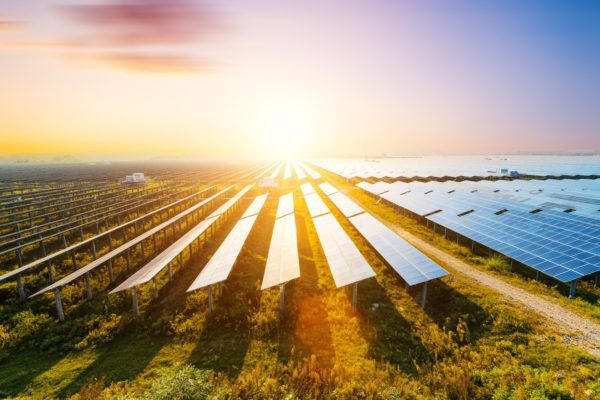 Developing solar farms on unused lands offer many perks for landowners. These benefits include energy independence and stability, a new stream of revenues, more new jobs, and tax benefits. However, building one requires long-term commitment and may present issues regarding the transition of family property.

Reach out to Coldwell Solar if you want a hassle-free solar panel installation to build solar farms.

Can I Get a Grant for a Solar Farm?