Benefits of the WAIRE Program 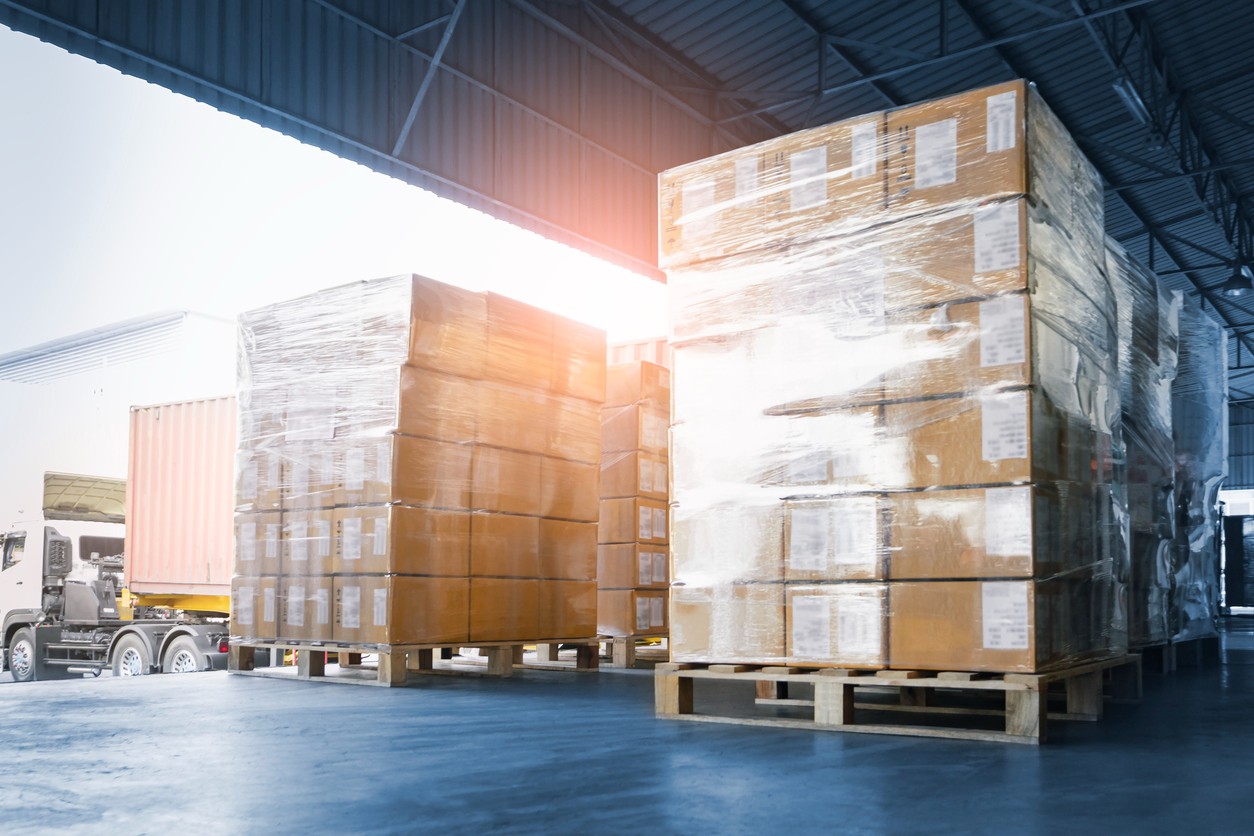 The South Coast Air Quality Management District (AQMD) launched the WAIRE Program as a project to address the growing pollution issue caused by warehouses in the California region. With the aid of the WAIRE Program, the SCAQMD organization can provide warehouse operators and owners with a menu-based point system that they can use to update their procedures and bring them in line with environmental regulations. This involves switching out gear that emits carbon emissions for cleaner and more efficient electric alternatives. Warehouses produce a lot of pollution because they are storage facilities with large machinery that burn gasoline and other coal and oil to function. Forklifts, conveyors, generators, and other carbon-emitting gear result in dangerous greenhouse gas emissions. Not to mention, the sheer number of diesel-producing semi-trucks that fill a warehouse is a danger to the environment.

Nitric oxide, one of the most harmful emissions, is a gas from a warehouse that has terrible effects on nearby populations. Additionally, the particles from all the greenhouse gas emissions scatter in the air and deteriorate the air quality in the neighborhoods close to the warehouse operations.

These gases are also significant contributors to global warming. They fall under the group of greenhouse gases. They frequently cause harm to the ozone layer, which shields the planet from the sun’s ultraviolet radiation. Global warming is the primary contributor to climate change, which accelerates the melting of snow-covered mountains. This causes climatic and natural disasters, including earthquakes, flash floods, and other catastrophes.

Due to the yearly effects of the warehouses, the towns of Southern California are subject to severe consequences and climate harm. Nitric oxides, carbon, and methane are three gases that significantly contribute to California’s climate crisis and air quality problems. Warehouse pollution is not only wreaking havoc on the environment, it is also slowly beginning to affect human life.

Semi-truck and some stationary items and containers cause hazardous fumes to leak into the atmosphere even when the freight vehicles are stopped, resulting in various environmental catastrophes. The Southern California region is one of the worst air pollutants in the nation, claims a study.

A worrying source of pollution and deteriorating air quality is the massive proportion of warehouses in the California region, together with the enormous number of gasoline semi-trucks that make back-and-forth excursions from the warehouses. Additionally, there is proof that gas tank leaks frequently occur in warehouses, which tend to result in significant gas emissions into the environment over the term.

Why E-Commerce is Making WAIRE Crucial

E-commerce operations have experienced a dramatic increase throughout the years. The pandemic increased internet shopping and purchasing demand, which benefited the shipping sector and prompted businesses to build warehouses to hold retail products. Truck deliveries also increased in frequency. Companies and retail marketplaces are not permitting transportation and preserving processes to slow down since the earnings and enterprises’ cash flow from online purchasing make it difficult to do so.

As a result, officials are now placing a high priority on the WAIRE policy. As more warehouses are built, warehouse owners and employees must now approve lawful procedures and activities that do not affect the environment. Some of these procedures include the utilization of electric machinery, renewable energy, electrical charges vehicles, and improved warehouse storage and handling procedures.

The minimal federal air requirements, which warehouses seemed unable to fulfill for the previous 30 years, can finally be sought after if the warehouse facilities put restrictions in place. The introduction of the WAIRE Program has sparked a fresh spirit of hope among the residents of California’s industrial neighborhoods to create a more healthy future for their kids and families.

This new regulation and policy urge warehouse owners and operators to stop depending on internal combustion engines and require actions that make the warehousing operation more environmentally friendly. By doing this, large firms may begin showing greater consideration for the underprivileged populations forced to reside close to industrial zones.

Regulators can start the warehousing and distribution sector shift by introducing the WAIRE policy. They may also begin accelerating a transition to renewable energy technologies like solar power. With the aid of the WAIRE program, South Coast Air Quality Management District assumes responsibility for this duty.

Nitrogen Pollution and How WAIRE Can Minimize the Impact

Air pollutants, a significant factor in the quality of the air and smog, are created due to nitrogen pollution. The recommended concentration level for particle matter set by the World Health Organization is greatly exceeded by the quantity of particulate matter in the air.

The adverse effects of outdoor air pollution on health are quite expensive. Algae and plants grow abnormally in bodies of water with nitrogen contamination. Because of these massive expansions, bodies of water experience dead zones or regions of water without any aquatic life. In this environment, fish and other marine life cannot thrive.

Globally, about 880 coastal dead zones have been found, and the number is increasing. The only method to deal with these issues on a broad basis is through the WAIRE ruling and other institutional-level actions. In addition to raising soil acidity and damaging the soil’s microbiological components, high nitrogen emissions can also cause soil pollution.

These microbial communities provide the possibility for life in the soil. The variety of both aquatic and terrestrial habitats may be harmed by a shift in atmospheric nitrogen, according to universal consensus. This is because plants that use nitrogen tend to engulf and overthrow other plant species. Like carbon dioxide, nitric oxide is a strong greenhouse gas that contributes to pollution.

The ozone molecules, which shield people on Earth from dangerous UV radiation generated by the sun, are also harmed by this gas. Rules and regulations like the WAIRE program also allow people to finally improve the environment over time, helping the logistics industry minimize nitrogen pollution.

The standard warehouse has changed. Sustainability has established itself as the main concern of all businesses. When changes are made gradually, like switching to renewable energy, warehouse sustainability improves over time. Further modifications will be needed to increase fuel and energy use in a more ecologically friendly way.

While using renewable energy is one of the most important steps companies must take for the future, there are many other methods to improve the supply chain. The three main issues that need to be highlighted are public health, the environment, and technology. Thus, fully sustainable warehouses are possible.

Businesses were responsible for 22 percent growth of all greenhouse gas emissions, according to an Environmental Protection Agency report from 2018. This share is unmatched since it includes the contributions of distribution systems and storage facilities to transportation. Warehouse performance must be improved to prevent this kind of injury.

By switching to electric trucks, owners will experience considerable reductions in their overall ownership expenses and energy bills. This is because diesel fuel is much more expensive per mile in many places than electricity generation. This implies that even big batteries will shortly become economically viable.

Carrying large loads is when electric cars are most cost-effectively used. The study found that the larger the load and the more often they are utilized, the more energy savings electric cars may provide overall. Secondly, electric engines would not harm the environment as they travel through cities. The cost of solar has dropped dramatically. When using solar, a person might now spend roughly 20 cents per watt of power. As a result, warehouse owners and investors may significantly decrease their greenhouse gas emissions and pollutants while saving a lot of money with a small initial expenditure. The WAIRE program allows them to realize this value and begin taking action. The South Coast AQMD created the WAIRE Program to minimize nitrogen and other harmful emissions from warehouses. They made the WAIRE Points system to reward warehouse owners and employees. When warehouse facilities incorporate sustainable alternatives such as solar technology or environmentally friendly autos, points are awarded.

Coldwell Solar provides solar energy alternatives to warehouses to help them meet WAIRE Program criteria. We understand how using alternative energy-producing equipment reduces nitrogen emissions. As a result, we urge warehouses in South California to build solar-powered energy systems. Contact us today to get started on your solar energy project.

Do You Need to Earn WAIRE Points?