Causes, Effects, and Solutions to the Global Energy Crisis When it comes to the energy crisis, we are not just talking about underdeveloped countries. The energy crisis has become a global issue, and a vast majority of the world’s population is affected by it.

It all started with the industrial revolution to facilitate mankind, but who would have thought this would also affect them. The energy demand highly relates to the industrial and domestic sectors. The supply and demand rule is one of the major reasons for this ongoing crisis as the electrical, industrial, and several other sectors have witnessed a high increase in energy demand in the last few years.

But before looking for solutions, learn some causes so you can better craft remedies. This is one of the primary causes of energy crises. The increasing population demands more energy resources to meet its needs.

2. Limited or No Renewable Resource Options

Renewable energy, such as commercial solar, is the most innovative solution to cope with the global energy crisis, but, unfortunately, it is not in practice by many countries. When we talk about non-renewable energy, we mean fossil fuels like coal which is not a great way to leverage to run industrial and domestic sectors.

Many countries have been using it to power energy options for a long because it is cheaply available and helps run industries effectively.

We all know that almost all countries worldwide depend on several energy resources, but proper energy distribution management needs to be done.

You might come across news daily that ‘there will be a power cut to the area for 3 hours because the power plant has tripped’. Frequent breakdown in power sectors is one of the reasons for the energy crisis, which usually takes time to restore. But once a plant’s production stops, it eventually leads to a shortage of products because of a shortage of energy resources.

We live in the age of the most recent technology, and if a country is still leveraging old infrastructure, there is no doubt who is behind the ongoing energy crisis. The outdated equipment limits production, which results in a gap between supply and demand and affects the whole system.

Despite the immense energy crisis on a global level, there is no concept of energy saving in most countries. This is one reason for the industrial sector’s increased demand for electricity and fuel.

Obviously, there are some easy solutions to save energy, but a lack of awareness is destroying countries at a rapid pace. 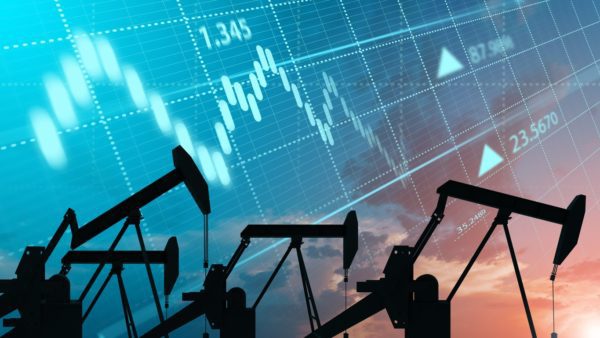 The energy crisis is affecting the whole world as every country is connected by every means. For example, many countries in the Gulf are rich oil producers, and the whole world is dependent on them. Slight mismanagement in energy distribution coming from the Gulf can seriously affect the economies of more than half of the world.

There are many effects of the energy crisis; some are explained below.

The energy crisis is heavily dangerous to the world environment. When industries increase their production, it results in the emission of gases like CO2, which in excess, can harm the surrounding environment and the ozone layer. This results in the increasing temperature of the atmosphere, which leads to global warming.

In the last few years, global warming has taken the world by storm, and many countries are witnessing extreme weather conditions like never before. High summer temperatures, above-normal rainfall and snowfall, floods, and tsunamis are all the effects of global warming, mainly due to the increased energy production to fill the supply and demand and eliminate the energy crisis.

Every government wants the best resources to drive their economy in the best possible way. The energy crisis gives rise to socio-political issues.

3. Increases in Prices of Products

An increase in demand for certain products results in a hike in the prices of various products. The increase in fuel prices affects the whole economy as traders, whole-sellers, industrialists, and local retailers sell their products at increased rates to meet their shortages.

Nowadays, we come across news of a hike in petroleum prices every week. This news affects the whole economy and seriously impacts countless products of daily use.

These are some of the basic but worse effects of the energy crisis which many countries are going through. The problem of the energy crisis has reached an alarming level, and leaders should look at and implement clean energy measures such as solar energy farms to cope with the ongoing energy crisis. We have gathered some solutions to help deal with the energy shortage.

Solutions to the Energy Crisis Read on and learn some solutions to cope with the current crisis in energy resources.

Whether in an industrial or domestic sector, electricity is necessary to carry out many tasks immediately and effectively. But saving electricity through use of commercial solar can do wonders in dealing with the ongoing energy crisis.

It is not a high-end task to reduce energy needs; you just need to cut your extra electricity expenditures, such as switching off unnecessary lights and fans or machinery. Replacing energy-consuming lights with LEDs is also the best way to save energy and be a part of the energy-saving campaign worldwide. The less you consume energy, the more it helps to deal with the energy crisis.

2. Start Depending on Renewable Resources

It is the ultimate solution to the ongoing energy crisis. The dependence on coal by industries has been in practice for years, and everyone is aware of its impact.

Renewable resources such as solar power options are the best way to deal with the ongoing energy crisis as these are efficient energy-saving methods. Commercial solar systems are one of the best options for energy because they’re clean, efficient and friendly to the environment.

We must save energy and provide better solutions to the industries as a fine energy replacement. Transport is one of the major industries where half of the fuel or petroleum products go. The fuel consumption by the transport industry is massive.

We need to take measures and provide a high-end public transport system to the masses to reduce the use of private transport. This is an easy practice that can give excellent results and effectively saves fuel. When there is a lack of fuel, it automatically reduces the energy demands and thus production.

Energy leakage is one of the most terrible causes of the energy crisis. The waste of energy produced is not good for any sector and results in extreme energy shortage. But there is a solution to deal with it.

Solar Energy is the Solution The ongoing energy crisis is not due to new factors. It has built up over the years and is now affecting the whole world. The lack of management and many more factors are the reasons for this ongoing energy crisis. Today, the energy crisis is alarming, and many countries are on the verge of receiving consequences that will take years to recover. The solution is in renewable energy sources such as solar farms. Learn more about commercial solar power in California with Coldwell Solar.

Why Solar Energy Should Be a Top Priority for All Governments