The Inflation Reduction Act (IRA) is major legislation that aims to deal with various challenges, including climate change. The federal regulations, along with the actions of states, will allow the U.S. to reach its commitment made in the Paris agreement of bringing down net emissions by 50% by the end of this decade.

Moreover, it aims to reduce the unemployment rate by creating more than one million jobs each year. The government also aims to reduce 4,500 premature deaths yearly due to air pollution through the IRA. We’ll discuss how the clean energy tax credits could help the power sector.

The long-term and stable policy will allow producers in the power sector to push their efforts toward clean energy and double the deployment of battery storage. It will allow millions of Americans to access clean and cheap energy.

According to a report by Resources for the Future, the Inflation Reduction Act (IRA) will allow American households to save around $200 on their electricity bills every year. It will save them from price shocks due to fossil fuel price fluctuations.

Reducing the Burden on American Consumers 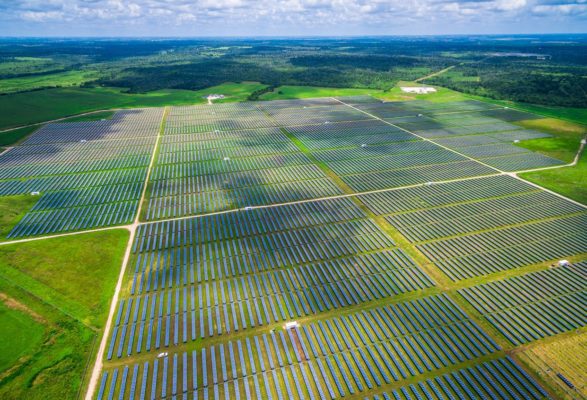 Clean energy tax credits have been the most impactful policies that allow transition toward clean and renewable energy. These policies have allowed producers to use different renewable energy sources for electricity generation. And they have been able to make a huge impact.

For instance, the clean energy tax credits have reduced the cost of producing electricity using solar power systems in California and wind energy by more than 75% and 55% in the 2010s. By increasing renewable energy deployment, the federal government aims to help millions of American families to fight inflation. Low energy bills will allow them to deal with the impact of rising prices of goods and services.

According to a report, American consumers will see an increase of 6.1% this year in their electricity bills. The primary reason is that the US electricity generation still primarily depends on natural gas, and oil prices and other commodities have witnessed a sharp increase this year.

The Russian invasion of Ukraine is the primary reason why the US and Europe are getting natural gas at a higher price. On the other hand, renewable energy projects aren’t subject to change since the resources are free. There is only a one-time installation cost to set up commercial solar panels.

As a result, it will bring stability to costs and ensure that the customers won’t see a massive change in their electricity bills. It is one of the best ways to curtail inflation in the long run that the government aims to achieve through the IRA.

The changes in oil prices will affect consumers today. They will see an increase in their electricity bills or have to pay more to refill their fuel tanks. On the other hand, commercial solar system projects in California will see very little fluctuation in the cost of production due to the unlimited and free availability of resources.

However, experts still believe that government efforts aren’t enough to provide relief to the consumers and the climate. Although the IRA is an excellent policy, the tax benefits have traditionally depended on a piecemeal strategy, such as:

Therefore, experts believe there is still a need for a cohesive federal strategy and policies, like the IRA that will allow companies to increase their reliance on wind and solar generation. Rapid industry expansion should allow renewable energy to gain an edge over coal and gas.

How Does the IRA Resolve the Major Issues Preventing Expansion of Solar and Wind Generation? 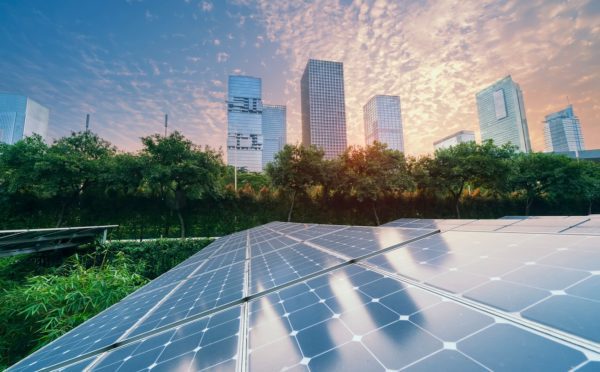 The IRA aims to deal with most issues preventing the rapid expansion of solar and wind generation capabilities. It completely changes the tax credit structure in the following ways.

The first thing that the IRA does is offers business assurance by extending credits for their full value for a decade. As a result, it allows developers and manufacturers to focus on building new facilities and manufacturing facilities by 2030s that are environmentally friendly.

The best thing about it is that the credit value will only decrease after the U.S. cuts down the power sector emissions by more than 75% from the current level. It will break the traditional practice of Congress to renew or cancel the credits at the last moment, leading to the boom-bust cycles.

Another great thing about the IRA is that supports domestic manufacturers and local workers by connecting the clean energy credit value with the human impacts. Developers can only get 1/5 of their credits’ original value until they meet the criteria set for minimum wages and worker training.

Moreover, they would also get additional credit value by getting the critical components from local manufacturers. This way, the IRA ensures that the transition towards renewable energy also benefits the workers and local manufacturers involved in the industry.

Innovation is a critical element that can help the power sector industry to reduce its dependence on fossil fuels and switch toward renewable energy. To that end, the IRA allows the new zero-emissions technology to get production credits.

This way, it paves the path for innovations and technology to come into the market. For instance, anyone with a solar project can now get a production tax credit (PTC). Similarly, solar energy storage technologies can benefit from investment tax credits (ITC).

The IRA also uses the taxpayers’ money more efficiently to benefit various project developers. It ensures that competition in the market will keep one player from gaining too much control over the market. This way, each project developer will have an equal level playing field.

Doing so ensures that American consumers are under the burden of high electricity costs in the future. One of the biggest concerns for the American taxpayers is that their money is used efficiently to fuel environmentally-friendly projects. And the IRA will ensure that the money goes to suitable energy projects.

Implementation of the IRA The IRA is undoubtedly a game changer that can help us to reduce our dependence on fossil fuels. It can help in the successful transition to residential and commercial solar power systems and ensure that American consumers are not affected by the volatility of oil and fossil fuel commodity prices.

However, it requires a collective effort on the government level as well as from the key industry players to yield fruitful results. To achieve the climate goals, all parties would have to come on one page and work together, including the following:

There is a need to increase or create around 1000 gigawatts (GW) of wind and solar capacity to achieve the climate goals that the U.S. has set for 2030. As of 2021, the US had only developed less than 30 GW. Moreover, more than 900 GW have requested to interconnect with the grid.

However, the high cost of transmission upgrades is the primary reason many fail to succeed. The successful ones would have to wait a few years before getting approval. IRA incentives and tax credits play a vital role in allowing businesses to accelerate these projects.

Also, the local grid operators and the Federal Energy Regulatory Commission can amend their processes to interconnect renewable energy projects easily into the grid. Additionally, they can also make it easy to prompt up the new transmission line construction. This way, it will allow the areas that are rich in solar and wind energy to speed up their development process.

In addition, the state governments also need to play their role in capitalizing on federal support. They should now encourage power generation companies to focus on using renewable resources to generate electricity.

Commercial Solar Energy is the Solution Climate change is a growing concern for many people, and we now see the horrendous impact worldwide. Rising sea levels, harsh summers, and raging wildfires are just a few examples of how climate change rapidly impacts various countries. Therefore, it is more than necessary for governments to take relevant action.

The IRA is a great initiative by the federal government that will help the U.S. to achieve its goals by 2030. Its clean energy tax credits can help the government to expand its power decarbonization which will allow us to cut down our emissions. Not just that, it will reduce our dependency on fossil fuels.

As a result, American consumers can access safer and cleaner energy at a stable price. Moreover, initiatives like the IRA will help new jobs and strengthen the economy. Therefore, if all the parties can leverage renewable energy like commercial solar power properly, it will ensure that future generations can enjoy clean and cheap electricity powered by commercial solar.

How Much Profit Do Solar Farms Make?